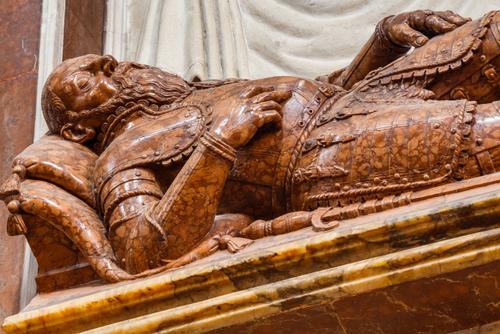 Just as no two people on earth are alike, there is no single way to visit and discover new places. Overloaded with information but also guided by our tastes, in recent years we have been more willing to reach for less apparent keys to travel, and the so-called ‘thematic tourism’ is becoming increasingly important every year. Małopolska, a region rich in history and natural and cultural heritage, offers inexhaustible possibilities. Which local thematic routes are worthy of special attention? Are you ready to discover Małopolska's vineyards, craftspeople's workshops, the modernist architecture and Nowa Huta's shelters in Kraków, or explore the region by bike?

One of the first thematic routes in Poland is the Trail of the Eagles’ Nests set out in the interwar period. The list of medieval strongholds which once guarded the close border with Silesia is traditionally opened by the Wawel Castle. In the Małopolska Voivodeship, according to various renderings, it includes, among others: the Tenczyn Castle in Rudno, the Korzkiew Castle, the Ojców Castle and the Pieskowa Skała Castle. Lovers of the Renaissance (the Renaissance Trail in Małopolska) or the cultural heritage of the Cistercian Order (the South-Western Cistercian Trail) will find their routes in Małopolska, but perhaps the best known – and unique to the region – is the Wooden Architecture Route. Among the 255 sites on the route are Małopolska's most beautiful Roman Catholic and, in the eastern part of the region, Orthodox churches , as well as manor houses, wooden villas and open-air museums. The  Church in Dębno, built without nails, and the beautiful onion-shaped Orthodox Church in Kwiatoń, can be admired regardless of one's knowledge of carpentry. It is no wonder eight sites of the highest architectural value have been included on the UNESCO World Heritage List. The Route of Wallachian Culture, which recalls the history of the migration of shepherds from the areas of today's Romania to the Polish Carpathians, is an excellent complement to this trail. How is it that ‘cheese’ in the Romanian language sounds almost the same as ‘bryndza’ in the Polish language, and the traditional architecture of Podhale is so reminiscent of villages in the eastern part of the Carpathians? Answers to these and other questions may be waiting on the trail!

Visitors tending to limit their knowledge of the Małopolska capital to the Planty and the Kazimierz District are surprised by Kraków at every turn. For many years, a group of enthusiasts from the Institute of Architecture has been creating the Kraków Modernism Route, gathering knowledge about the achievements of the architects of Adolf Szyszko-Bohusz and Co. The results, made available on the project's website, are impressive. Recently, the inhabitants of Nowa Huta decided to discover the world of the shelters built beneath the communist authorities' flagship residential investment during the Cold War era. Anyone who has visited the distinctive ‘Doge's Palace’ in front of the Nowa Huta Combine and the atom bomb shelter underneath it will admit to having learned a piece of lesser-known history! For more information, see the pages of the Underground Nowa Huta or Nowa Huta Travel projects.

Culinary enthusiasts will enjoy the Małopolska Gourmet Trail, as well as the dynamically developing Małopolska Wine Trail related to the flourishing wine culture on the limestone slopes of the Kraków-Częstochowa Upland or the sunny slopes of the Wiśnicz Foothills. However, that's not all – because who would have ever thought that quite a large winery (The Srebrna Góra Vineyard in Bielany) also operates in Kraków itself?

The centuries-long attachment of many Małopolska residents to their hometowns has meant that traditions associated with their craft passed down from generation to generation are still alive. On the website of the Traditional Craft Route, one can find extensive profiles of the best traditional carpenters, blacksmiths, coopers, and masters of block lace or embroidery, representing both older generations and young people fascinated with their world. There is also news about regularly organised festivals and fairs where craftspeople present their works and skills.

The unique diversity of Małopolska's landscape creates excellent opportunities for the development of bicycle tourism. The VeloMałopolska Project is a treasury of knowledge about the region's bike routes, which have expanded in recent years thanks to the involvement of local authorities and funding from the EU. Are you interested in the popular cycling loop around Czorsztyńskie Lake, around the Tatra Mountains or, for a change, along the Małopolska section of the Vistula River?

Below we present an overview of thematic routes in the Małopolska region. The multiplicity and diversity of these initiatives, created with great passion, guarantee that everyone will find something for themselves among them. Be warned – this passion for tourism may prove contagious!