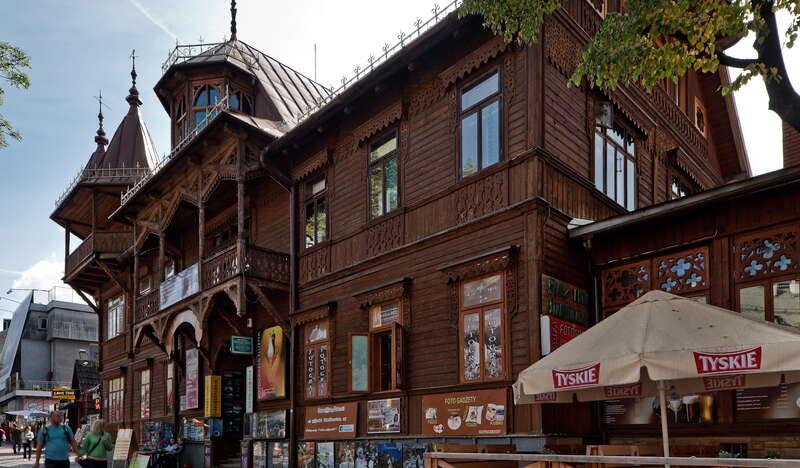 Show details
The “Poraj” Villa is one of the few remaining Swiss-style houses in Zakopane. The characteristic villa on Krupówki Street was built in 1887, and for many years there was a guesthouse with a restaurant in it. The villa has changed owners several times, although its purpose has not changed over the years. After the Second World War, the guesthouse was liquidated and the rooms were turned into living quarters. The restaurant was still in operation, famous for its fried mushrooms, Breton beans and the constant crowd of guests.

The villa on Krupówki, built for Maria Makswald in 1887, according to the design of the architect Fryderyk Kallay in the Swiss (sometimes also called Tyrolean) style. Initially, there was a guest house called “Marya“ in the building. Then, the owner sold the house in 1909 and in the following years the Zofia Buchowiecka hotel was located there. During World War I the next owner of the guesthouse was Michalina Królowa. There were 30 rooms, a reading room with a piano and a restaurant on the porch. In the interwar period, there was a hotel there, managed by a company under the management of Bronisław Danek. Since then, the house has been operating in Zakopane under the name “Poraj”. After World War II, the guesthouse was converted into living quarters, and the restaurant was run by Zenon Olbrycht.  Currently, in the villa “Poraj”, there is still a restaurant, although under a different name and run by a different tenant. The restaurant where guests such as Daniel Olbelki visited to eat their legendary saffron milk caps, changed its location. There are several shops on the ground floor, including a bookstore. The “Poraj” Villa was also where of one of the most famous Morawetz photography studios were located – founded in 1912 in Nowy Targ, with a branch in Zakopane since 1945.

Monuments
Notes regarding availability: Visiting is possible only from the outside. 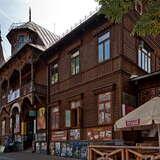